Almond Trees in Bloom at the Canary Islands 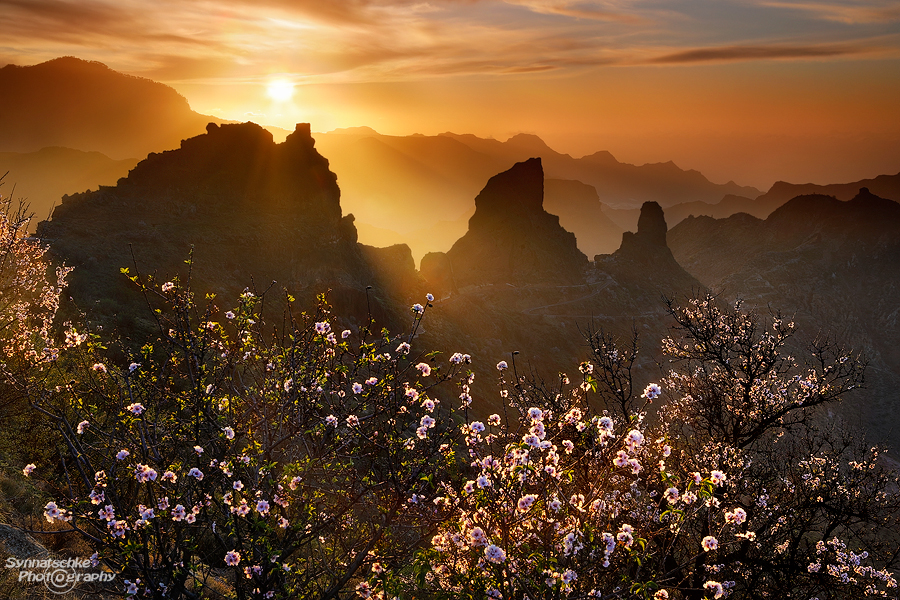 When is the best time for the Almond Trees in Bloom?

Spring comes early to the Canary Islands in the Atlantic Ocean off the coast of Morocco. In 2019 some almond trees at Gran Canaria, the third largest island of the archipelago, burst into flowers as soon as early January. This year their bloom was more "on schedule" and peaked in late January - right in time for the "Fiesta del Almendro en Flor". The Almond Blossom Festival is celebrated each year in Gran Canaria at Valsequillo & Tenteniguada during the last weekend of January, at the small mountain village of Tejeda (considered one of the most beautiful towns in Spain) on the first weekend in February and at San Bartolome de Tirajana & Tunte in mid February. At the neighboring island Tenerife the annual festival in Santiago del Teide is usually held from late January until mid February.

The almond trees displayed their lovely bloom also right in time for us! Shortly after our last visit in November I saw a couple of images that convinced me that I NEEDED to see this with my own eyes. And Steffen soon agreed (he had to! ;-) ...). So it came that we spent this last week of January at the Canary Islands surrounded by white and rosy flowers, by a tantalizing scent and by myriads of bees and butterflies.

Many of the almond trees grow within the villages, right between the local houses and in their gardens and orchards. So we spent our first day at Gran Canaria in search of some more isolated blooming trees. And we found a spot we liked in the early afternoon and when we returned there in the evening we really felt lucky and shot this month's image.

What a charming spectacle! And there were more places like that hidden in the valleys, hills and mountains of Gran Canaria! These blooming treasures and an unexpected upgrade to a 5-star-resort (our hotel was overbooked, "such a pity"! ;-) ...) provided us 7 wonderful days on this island and a lovely winter break!
To be continued/repeated... ;-)