Best time and places to see lupines in Iceland 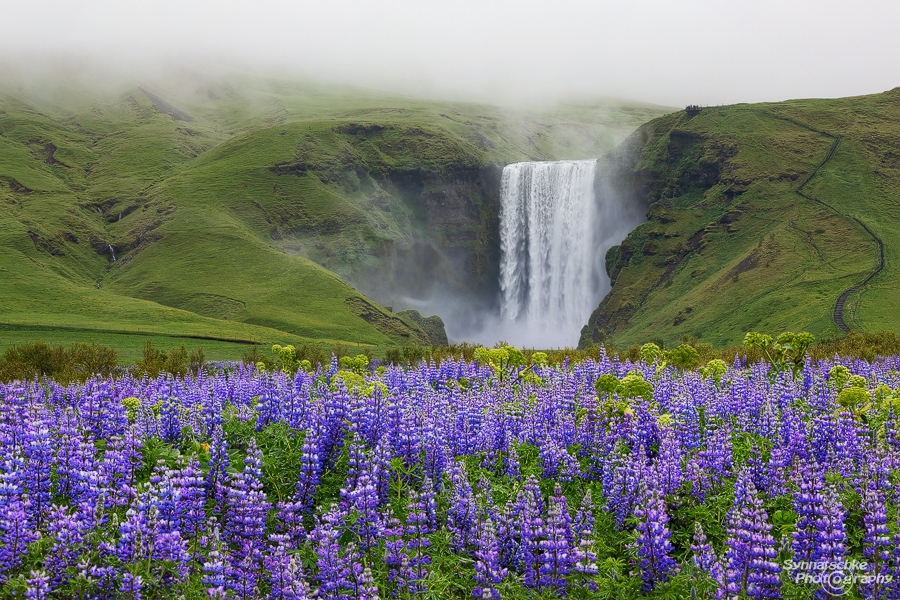 The Alaskan Lupine (lupinus nootkatensis) is a non-native species in Iceland. The vibrant blue and purple flowers were introduced during the mid-twentieth century to fight erosion and soil loss caused by deforestation. Since then they spread far beyond of the intent of its original purpose all over the island and started putting at risk the delicate local flora. Some consider them a real pest, since they pose a threat to the sensitive mosses and lichens covering the lava fields and also to low shrubs such as the popular edible billberries. And if current climate forecasts are correct, the lupines might even conquer the barren Icelandic Highlands during the next decades.

But visitors and photographers are thrilled by those infinite flower carpets. Most of the lupines are purple or blueish, but we also found quite a few white and pink ones as well. They start showing their large blossoms from early/mid June well into the month of July. The peak of their bloom varies a little bit each year, but along the southern coast it usually takes place during the last 10 days of June or at the first week of July.
You can't miss the majestic flowers in late spring/early summer, they are literally everywhere especially in the southern and western parts of the country, but also in the east and the northeast. You might see them even the moment you arrive in Iceland at the airport runway.

This month's image was taken last summer right in front of famous Skógafoss. But there are more fantastic photo spots. The best places to see lupines are: