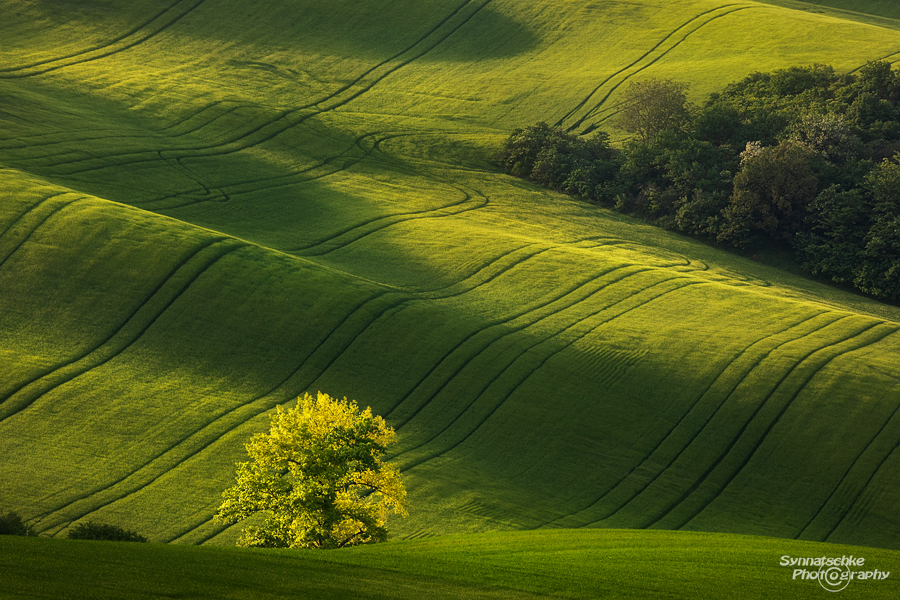 The most eastern part of Czech Republic, called Moravia, features some beautiful rolling hills and a patchwork of different agricultural fields. With a telephoto lens and the right angle they appear even steeper than they are. We took this image in early May, when the green was at its most intense and the trees were in bloom. We enjoyed the scenery along the small and winding roads near the town of Kyjov (southeast of Brünn/Brno). With the setting sun the shadows became longer and longer, adding even more waves to the undulating hills. The Fields of Moravia reminded us a little bit of Palouse Hills in Eastern Washington, although there is no Steptoe Butte sticking out of the hills with a fantastic 360°-view.