Scroll
Happy Holidays and Merry Christmas
The face within Kvernufoss 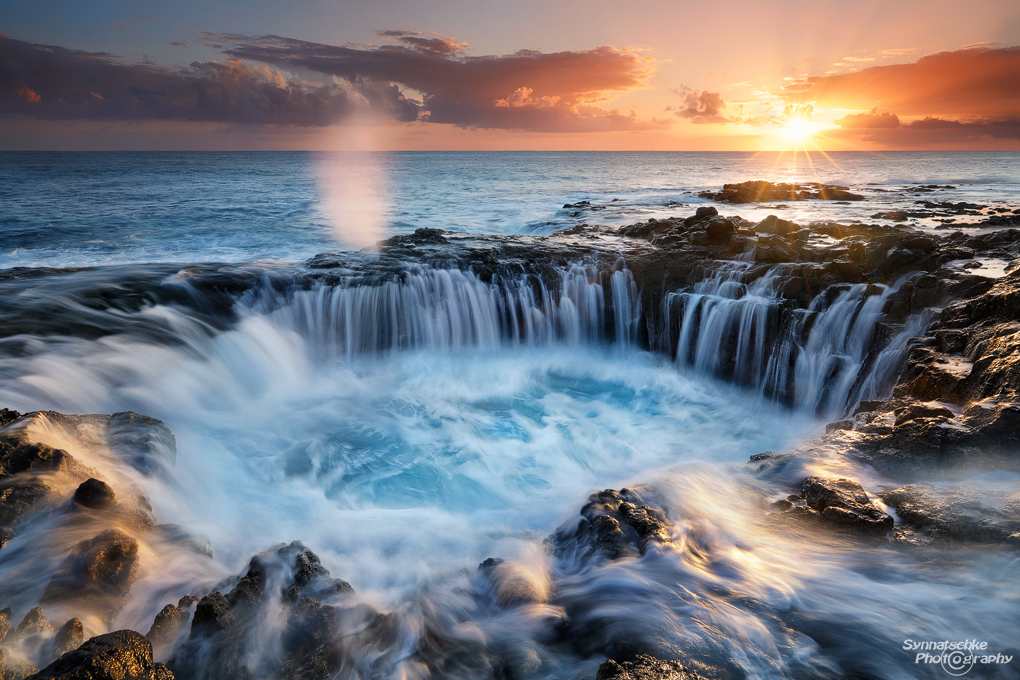 There is one place at Gran Canaria where you can feel the ocean's heartbeat: El Bufadero on the coast at the town of La Garita. It consists of two large bowls carved out of the basalt shoreline which are regularly filled by the waves rolling in from underneath. As soon as the bowls are completely flooded the water drains back in like someone pulled the bathtub plug creating a stunning circle of cascades. With large waves splashing over the shelf, even more action takes place. They power up a small blowhole located behind the larger bowl which then bursts out sea spray up to 1.5 m (5 ft) high. This little "marine geyser" is called Bufadero, a term which derives from the Spanish word "bufido" for an "angry snort of an animal". And that's quite an appropriate way to describe the whoosh sound during high tide at the coast of La Garita.

Two weeks ago we had planed to spend 3 consecutive nights at this little town on the east coast just to make sure to catch El Bufadero under the best possible conditions. But we also decided that in case everything works out fine right at the first sunrise, we would sleep late on the following mornings. Well... everything was pretty perfect on the very first day on Gran Canaria. At this place you can never tell since it all comes down to the unpredictable wave height which has to be considered in addition to the tide height. But they matched perfectly straight away and even the clouds couldn't have been much better. Nevertheless, and despite being totally happy with the results, there we were setting up our tripods one more time at dawn and then again on the third break of day.
These constant ups and downs inside the two bowls and the sporadically spouts of the Bufadero are really hypnotizing and addictive. This show entertains photographers for hours. And as you can see, sometimes even for days... ;-)