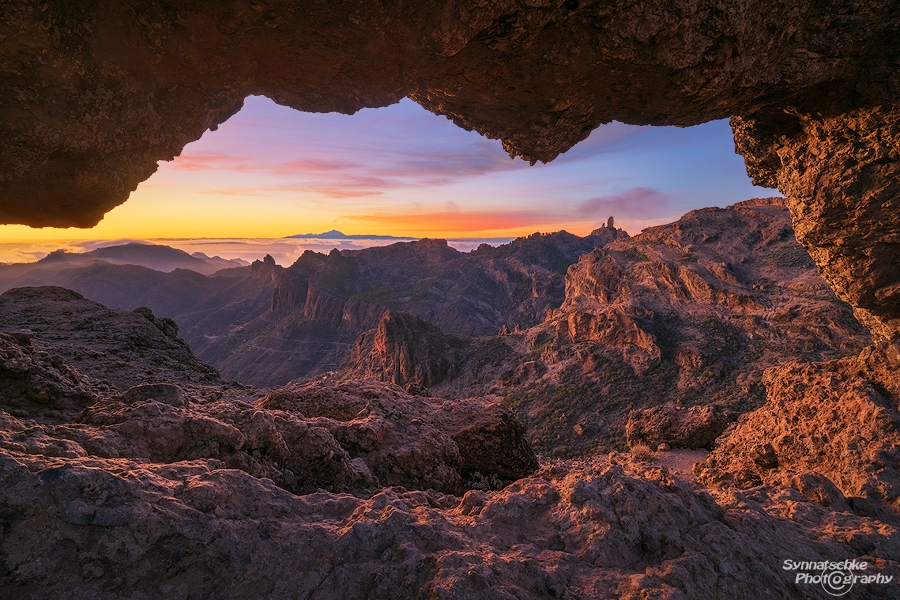 We just updated our "Gran Canaria" gallery showcasing more than 50 images we took during our last three winter short trips to the Canary Islands. The first time Steffen and I headed to Gran Canaria together in 2018, we were really surprised. Spending some sunny and warmer days in the south, that's what we had in mind. Since you hardly see any images from there, we didn't expect this island to be that beautiful. And to our greatest delight: at the higher elevations Gran Canaria was almost as moody as our beloved Iceland. In the canyons and mountains light conditions seemed to change in the blink of an eye. Fast moving low clouds and crawling fog, drizzle suddenly hit by the sunlight and double rainbows showing up out of the nowhere - all within a very short timeframe. And the island has an unusual vegetation too, such as dragon trees or the beautiful cardón, a succulent shrub with spines and featuring up to 100 tall columnar arms arising candelabra-like from the base, resembling a little bit the Organ Pipe Cactus in the US Southwest.

This month's image was taken during "glow hour" about 15 minutes after sunset at Ventana del Nublo. This arch has an opening of approximately 2,8 m (height) and 7,8 m (width). It offers a scenic view to the west - that's the volcano Teide at Tenerife in the far distance and the prominent rock spire on the right side is called Roque Nublo.

But it might take a few attempts until you'll get your shot here. Ventana del Nublo translates "window in the clouds" and the first times we were there the fog started crawling up the slopes well before sunset and at the end of the day we couldn't hardly see the hand in front of our face. That's Gran Canaria - always sunny at the beaches, but high up in the mountains you never know what will happen next and where the fog will be moving in.