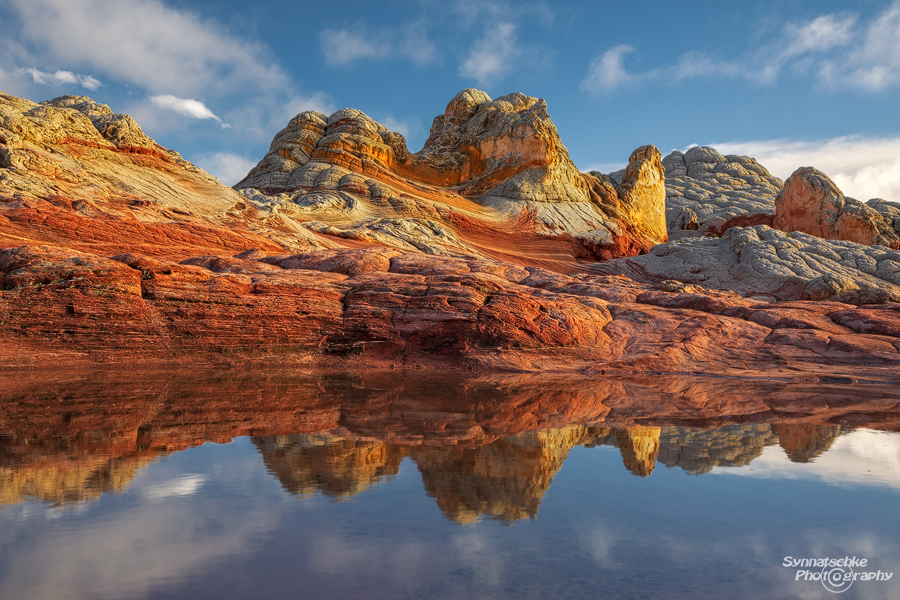 It's been pretty much 14 years since Laurent Martres, Tony Kuyper and my husband Steffen explored the area around White Pocket for the very first time (it's the mountain to the southwest that officially was called like that!). Back in early 2005 hardly anyone knew about this place, not even the local people. After publishing the first images along with the directions even the BLM ranger Marty Feeley used Steffens map to get out there. I had translated the German version of his trip report to White Pocket into English (with the help of Laurent).

White Pocket is also part of our very personal story. Steffen and I were "just friends" when he took me to White Pocket in April 2006, it was the first place we visited during our first trip together. 11 months later we married in Vegas... Good memories! ;-)
And it's still one of the most fascinating and one of the most craziest sandstone wonderlands out there in the Southwest. And although we heard stories about there being crowds lately, we had White Pocket practically all to ourselves for two consecutive days now in late April. After some heavy rains quite a few "pockets" were filled with water and we really had a hard time jumping around to catch as many scenes at possible after the sun finally broke through. And the clouds - remains from the storm front - seemed just about perfect at way too many places simultaneously on that plateau.

You can find more images from this area in our "White Pocket photo gallery".