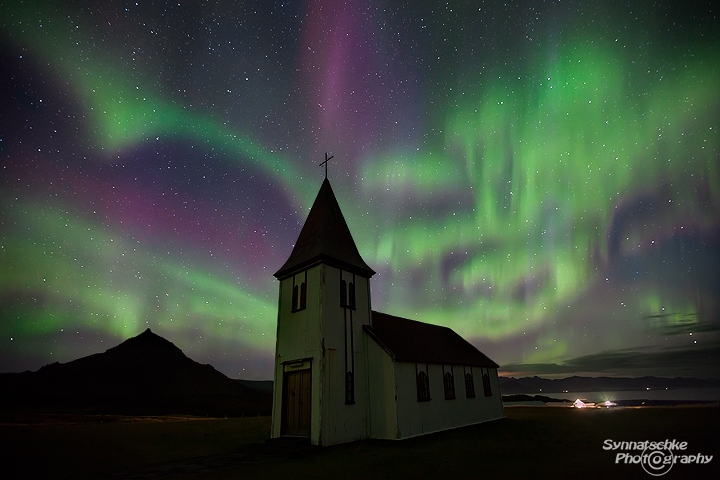 Color Madness in Iceland - during the day AND the nights

We just spent 2,5 weeks in Iceland, enjoying an incredible Indian Summer with no wind and summerlike temperatures (at least by Icelandic standards... ;-) ...), wonderful days in the Highlands with some really challenging hikes (icy slopes and raging glacial rivers) and also countless river crossings in our Toyota Landcruiser. We visited many new and exciting locations, but yet there is still a lot on our quite endless bucket list...

And we were just in time to catch the turning of the trees around Lake Myvatn and Hraunfossar as well as all the wild berry bushes in the arctic tundra and the little shrubs on the mossy lava rocks. Autumn is a very special time in Iceland. We were told, that it usually lasts 1-2 weeks only. All the beauty and the colorful fall foliage might be "gone with the wind" as soon as the first winter storm sweeps across the island. This year the first snow only came in late September, by the time we left the country.

Autumn is definitely one of our favorite times to visit Iceland. Besides the "fall leaf color show", chances of seeing a lot of colors also during the night are pretty good already. The nights are dark and long enough by late August and all you'll need are some powerful solar storms directed towards the Earth. And as incredible as it seems, this time we almost had no night without Northern Lights and even better than that: The weather on Earth was cooperative as well. So we had some nice Aurora displays in the Highlands, in Southern Iceland, at Jökulsarlon, Lake Myvatn, Snaefellsnes, at the Geysir and last but not least right beside a moonbow (!) at Gullfoss.

But to be honest, we really (REALLY!) missed the moon during the first week. As we already described in a previous report on Shooting Aurora Borealis, it plays a key role when seeing the lights with our eyes and also while taking photographs. Northern Lights are not nearly as impressive when the moon is absent. If they aren't really strong, all you will notice are some pulsating "grey clouds" in the dark sky and sometimes not even that...
And while shooting you will miss all the wonderful details in the Aurora curtains if they are moving fast, unless you start pushing up the ISO (way beyond 3000...). And it is so much tougher finding a proper foreground or an appealing composition in the total darkness, especially when another key element is also missing: the snow/ice.

To sum up, we definitely do not agree on one of the most popular advices for Northern Lights photography and we will continue avoiding the new moon cycles. Without moon one is always in a desperate search of reflecting waters and sometimes we also fancy the urban light pollution as you can see in this month's image. It is a first preview from our autumn trip to Iceland and it was taken during one of our sleepless Aurora Nights at "stupid o'clock", on September 24th at 4:22 AM.

Related Links: Our report on Northern Lights forecasts and our Aurora Borealis images from Iceland.