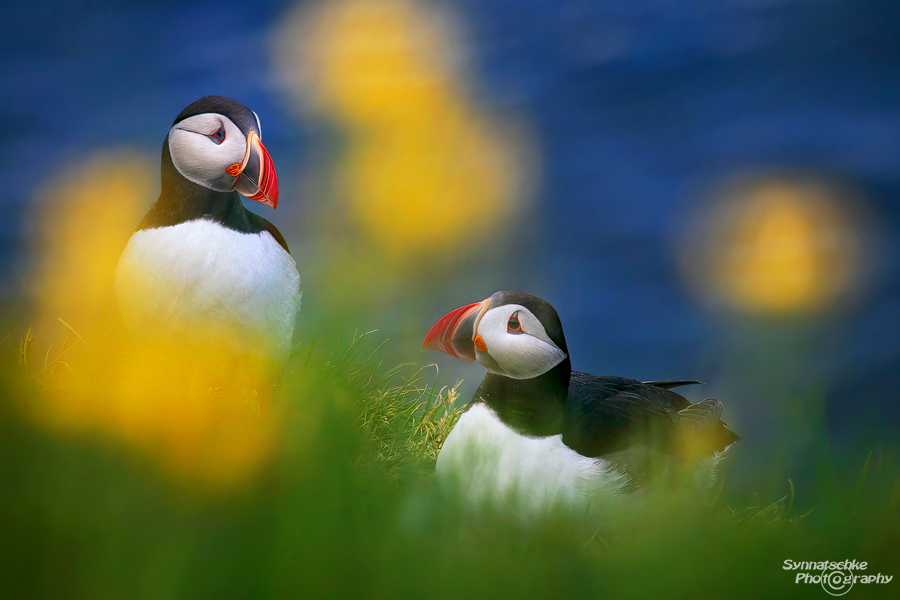 They are the cutest little birds in Iceland. Each year during springtime, the Atlantic Puffins return to their nesting grounds along the coastline in search of their same old burrows. And after continuously tapping their bills together for a while and reinforcing their bond, the couples start raising a new family in late April. By now in early June, they are usually very busy feeding their puffling. That's how the chicks are called (these birds typically just lay one egg per year!). They hatch after a period of about six weeks and are fed by their parents for about another six weeks. During the month of August the pufflings will leave their burrow and fly away to spend the next couple of years floating on the high seas. Most of them will not return to land and start breeding until the age of 5. The average life expectancy of Atlantic Puffins is around 20 years. They are remarkably monogamous and mate for life just like the two adorable birds on this month's image.
It was taken 8 years ago in late June near the small town of Borgarfjörður eystri at the East Fjords. If you are interested in further details we recommend checking out our blog post about the "Best Places to See Puffins in Iceland".