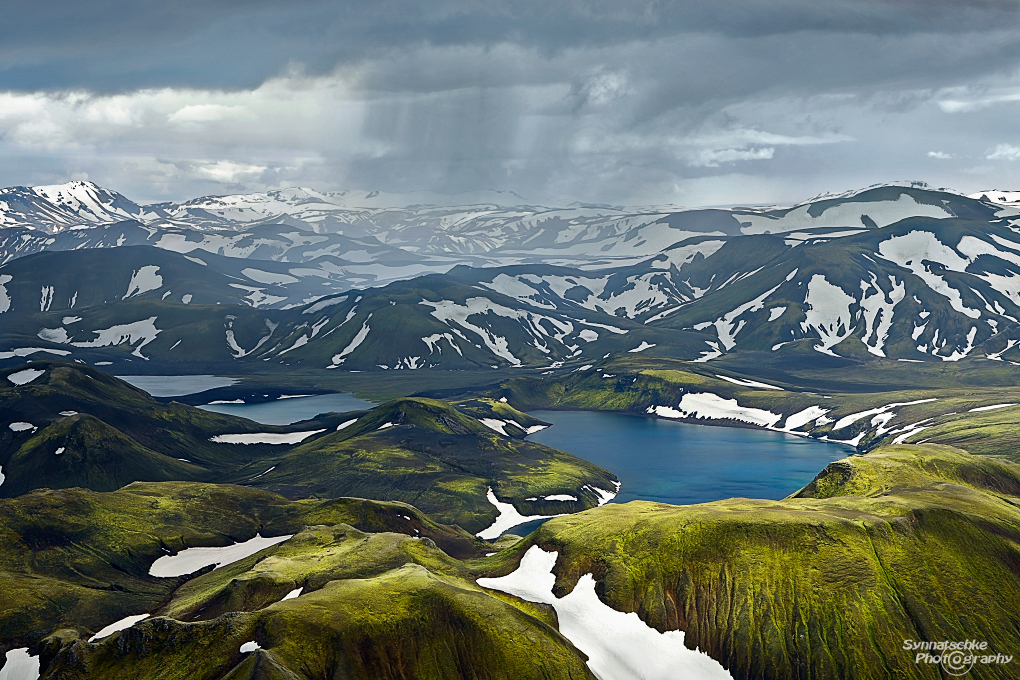 We returned to Iceland in early summer. This year's snowpack at Fjallabak Nature Reserve was above average and the main access routes were still closed when we arrived on the island. On June 22nd, mountain road F208 near Frostadavatn rather ressembled a big, 50 cm deep puddle and it was passable for larger SUVs and superjeeps only. Pretty crazy given the fact that this road usually opens by early June for regular SUVs (there is no river ford along the way!). A new record for the "opening dates for mountain roads" was set and we are sure the overview at road.is will be updated accordingly in 2023.

Since our initial goal was to spend the whole trip in the East Fjords shooting the midnight sun, lupines and puffins, we had opted for a smaller and less pricey 4WD this time (the rental prices for Toyota Landcruisers were just crazy/astronomical!). But Icelandic weather doesn't really mind your plans and wishes... ;-) ... And it rained cats and dogs there for almost two weeks straight. That's why we ended up without a single new puffin image and spending most of the time at Snaefellsnes (just like on our last two winter trips...).

But we also ventured into the highlands. It was rather adventurous given our lousy car (Dacia Duster with a wading depth of 35 cm...), but we did some longer hikes and enjoyed quite a few unforgettable panoramic views. And as you can see on this month's image, the weather at Fjallabak was rather lousy too. Nevertheless just about perfect for doing photography! Bright sunlight doesn't flatter this out-of-this-world landscape sculptured by volcanoes, weather and ice. We had climbed this mountain top also on a mostly sunny day without any umbrella or rain poncho. But interestingly, we weren't nearly as excited about the images we took back then.