Scroll
Sunset at the Alien Throne
Fjallabak in Early Summer 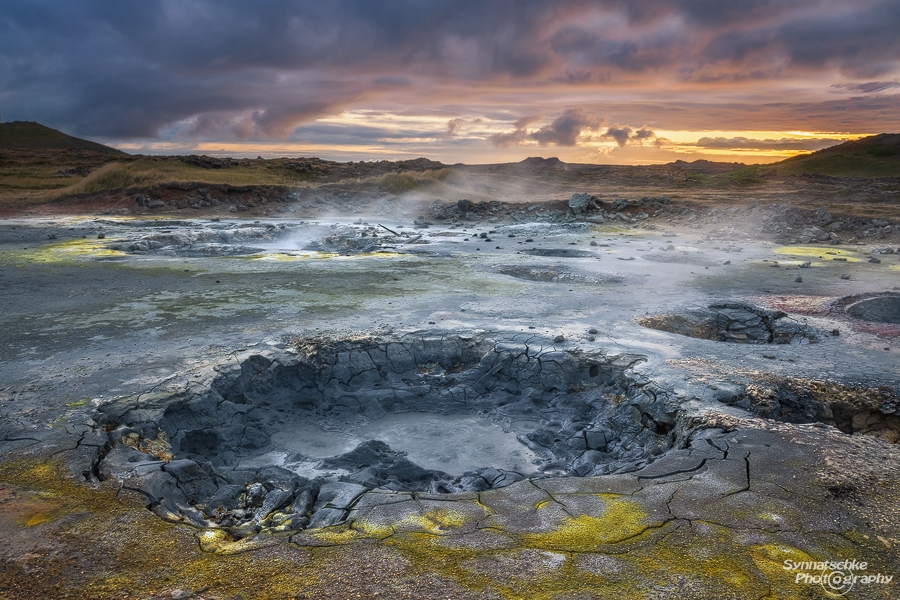 This month's image was taken three years ago in late August, just a couple of hours after we had landed at Keflavik International Airport. Iceland's geothermal areas are incredibly fascinating and rich in color. There are not many clear springs and geysers, but you will hear fumaroles and see bubbling and boiling mudpots at numerous places throughout the country. And they aren’t just grey or blueish, the mud can be stained with orange, red or pink spots from iron compounds and be as multicolored as you can see here -> "Cracked Earth". The bright yellow hues on this month's image originates from sulfur deposits. And geothermal areas are constantly changing. Sometimes they looked completely different each time we were there, they are just like a bucket full of suprises.

Here is an overview with some of the most famous geothermal areas in Iceland:

Unfortunately some people underestimated the danger at geothermal areas. Clear springs are usually filled with scalding water and mudpots are even hotter: their temperature ranges from boiling to 400 °C (750 °F)! And the surface crust surrounding hot springs and cauldrons can be extremely thin. So please stay safe and watch your step very carefully! Your feet and legs could easily suffer severe burns, imprudence can even have fatal consequences. By no means you would want to submerge into a (new) pool... ;-)